A temporary exhibition by Marie Sommer

Opening on Tuesday November 6 at 6pm 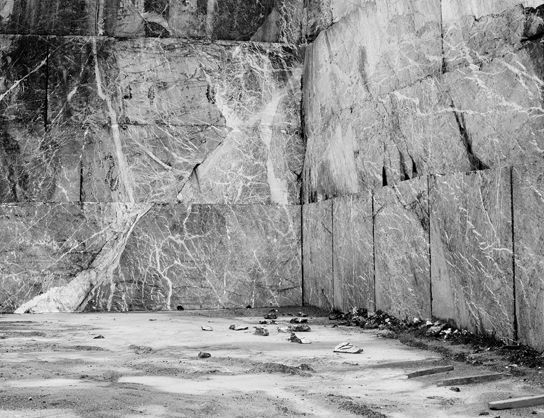 The exhibition "Surfaces" at the MINES ParisTech Mineralogy Museum

Marie Sommer, accompanied by Vincent Voillat, present a selection of their works for the occasion of the Saint Germain Photo Festival, the Parisian “Rive Gauche” photo tour, taking place from November 7 to 24, 2018. The press kit (in French only) presenting the works and their concept is available in the document downloadable here.

Within the Mineralogy Museum, the series of photographs "Surfaces" by Marie Sommer is presented in the central room. The starting point of the photographic research was Marie Sommer’s discovery of Belchite in Aragon, a Spanish village in ruins, preserved as a battle memorial, which is falling apart in the middle of a stony desert. The mineral is a temporal indicator, it is a sovereign matter that keeps track of the past and the future. This series "Surfaces" is presented as the masterpiece of the exhibition. 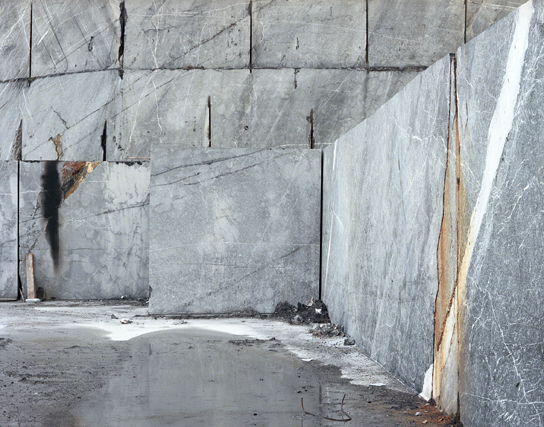 "Stones also have the right to rest ", "The revolted"

The series "Surfaces" is complemented by the artistic installations "Stones also have the right to rest" (photo below) and "The revolted" by Vincent Voillat. The series of work "The revolted" presents stones found cut and polished, which were collected in different places where popular uprisings took place. "When there is nothing left, the stones become the only weapons of defense of the oppressed. Paradoxically, they were given facets, which magnifies them in the manner of jewels, they become memorial objects of these events" discusses artist Vincent Voillat. 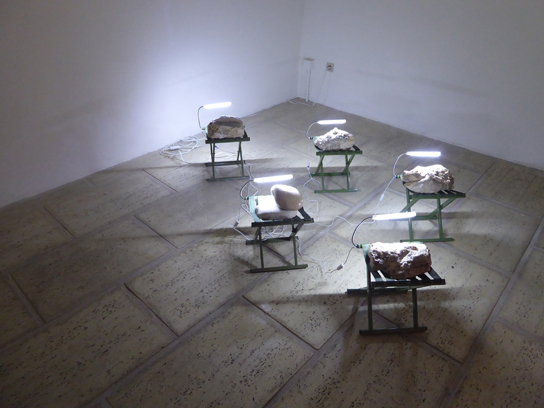 "Stones also have the right to rest " by Vincent Voillat. 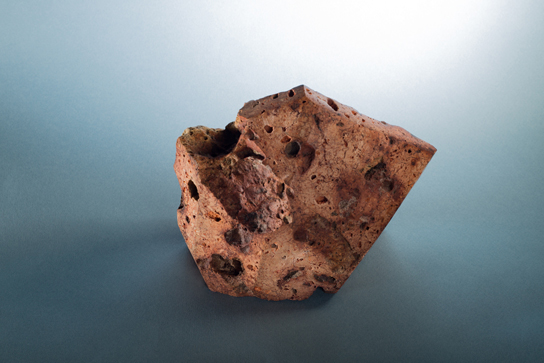 "The conversation" between Vincent Voillat and Marie Sommer expresses itself through "future lapidary conversations between stones left alone on Earth, which are projected on a thin sheet of mica". The art piece is also displayed in the central room of the Mineralogy Museum, communicating with "Surfaces", "The revolted" and "Stones also have the right to rest".

"Spectra", the photographic series developed by Marie Sommer, is exhibited on some of the museum display cases. They are colored autoradiographs, obtained by exposing photosensitive surfaces to the invisible radiation of radioactive stones for several months. The stones irradiated the photographic surfaces with spectral spots. The negatives exposed to radioactive radiations are presented on light boxes within the museum's collections. 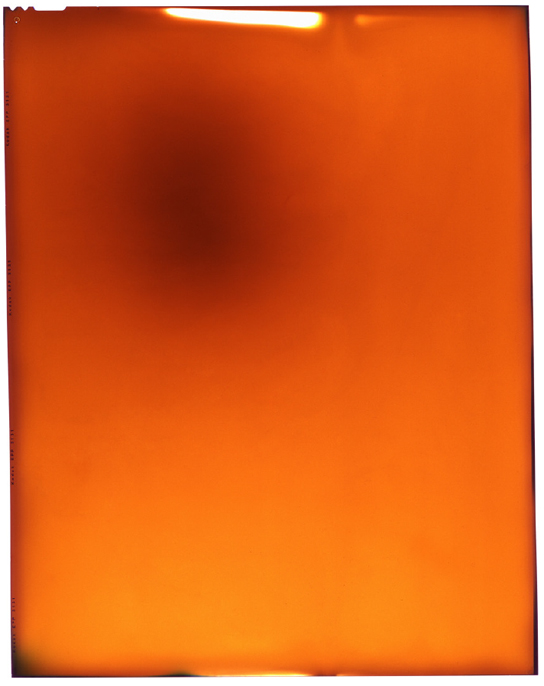 "Round Night" is a mini-film directed by Marie Sommer and Anne-Charlotte Finel created in 2015, with music by Luc Kheradmand. Shot at night around a nuclear power plant built by the coast, the architecture does not seem to be completed and its access is closed. Only the seagulls animate the area. The construction of the power plant was interrupted before it was completed and it was never put into operation. Ironically, the ruin is lit up every night by the lighthouses of the guardians who watch over it, the deserted place comes alive and the colossus of concrete begins a slow and subtle nocturnal breathing. 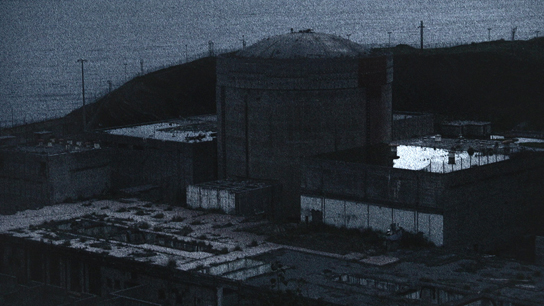 Photo from the film "Round Night" by Marie Sommer and Anne-Charlotte Finel.

This large installation created by Vincent Voillat is composed of a stone slab that seems to be crossed by a luminous flux coming from the center of the material. Movements that flow like computer data look like tears. 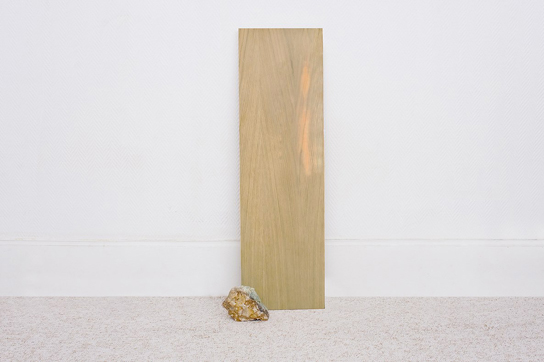 "The collection" by Vincent Voillat presents stones that were taken near places where historical events took place, or were associated with a personal memory. They are then assembled to form geologic aberrations that would force them to a new destiny. 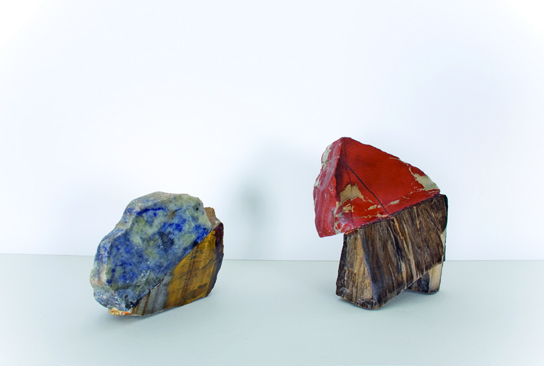 "The collection", by Vincent Voillat.

The exhibition, by the artist

By juxtaposing photographic and mineral surfaces, for their inertia and their common reactivity, Marie Sommer exposes her research on invisible photographic spectra. It connects the discovery of radioactivity, the story of abandoned sites or battle memories to a narrative framework on minerals. In their almost perceptible form, on the verge of disappearance and as reverse ruins, stones become matter of origin and end. To conceive a pure mineral cosmology, she invites sculptor Vincent Voillat to help her develop a device where stones remained alone, develop their own language, at the heart of the collection of the Mineralogy Museum. 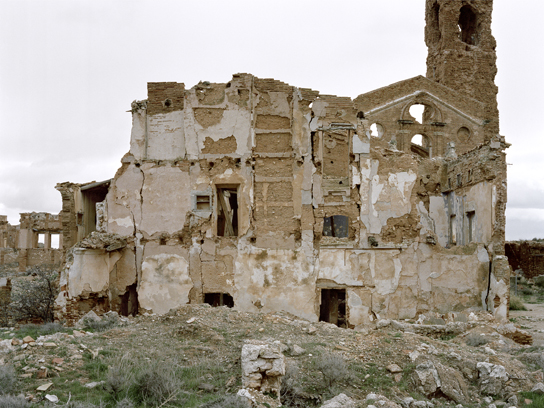 Marie Sommer is a visual artist born in 1984 in Paris. Marie Sommer's photographs and videos reveal the ambiguity of certain sites and images traversed by time. Her work draws on the history of places in Germany, Japan, and Spain. Freeing herself from a purely documentary work, she observes the systems of production of photographic images, and looks at the way in which images are preserved. Thus, if her work consists of important phases of shooting, especially landscapes, she studies in parallel archives related to the places explored. The result is a research medium, with images, extracted from the scientific context, can be exhibited. An multitude of images have already been produced, which can serve as multiple pools of stories.

Born in 1977 in Nantua, France, Vincent Voillat is a multidisciplinary contemporary artist. He lives and works in Paris. Since 2005, he has collaborated with “Collectif Mu” as a stage designer and artistic director. For the past 4 years, he has been working on a more personal level with a particular interest in sculpture, installation and digital arts. Vincent Voillat explores the links between a territory (real or virtual), the flows that go through it, its inhabitants and their memories. He studies more particularly the relation between the landscape and its perception. His approach is based on sampling: geological extraction of rocks, studies of strata, archaeological excavations or observation of plants ... He also borrows the materials of his works to popular culture: music, found objects, legends ... He finds in the landscape the traces of bodies and reveals the imprint, the persistence and their impressions on the memory. In the workshop, his work consists in reinterpreting and capturing shapes, detecting the synchronicities and the logic of these territories, in a speculative way. He reinvents, through association, juxtaposition or reinterpretation, a conceptual territory whose writing and text make it possible to link these heterogeneous forms. The shapes that it produces are liminal, posed between several temporalities, always resilient.

Find the press document (in French) here, with the concept, the description of the different series and the information related to the temporary exhibition and to the Mineralogy Museums here.

This exhibition was created in partnership with the Saint-Germain Photo Festival.

The "Surfaces" series prints were edited between 2013 and 2017 with the support of Casa Velázquez, the Bilbao Arte Foundation, the “Cité internationale des arts” and the Photographic Center of Ile-de-France. The prints of the series "Specta" were created thanks to the support of Photo Saint-Germain and Fresnoy National Studio of Contemporary Arts under the supervision of Anna-Katharina Scheidegger.

The temporary exhibit "Surfaces" is accessible with a classic ticket entrance to the Mineralogy Museum. To find all access and entrance conditions to the Museum, please click here.

The temporary exhibition: a few photos 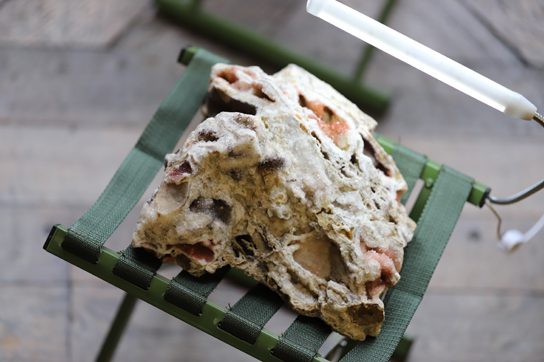 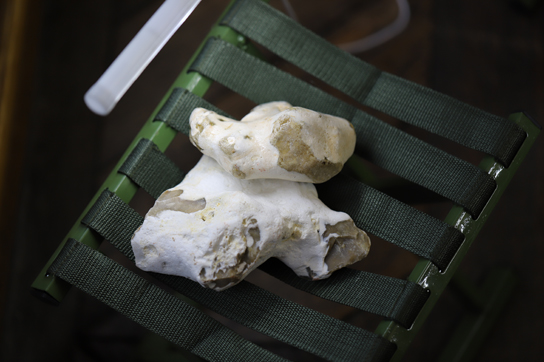 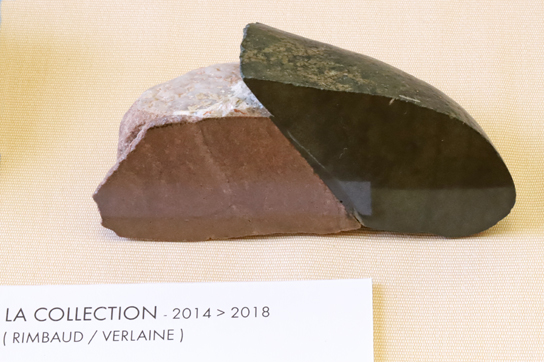 From the series "The Collection": "Rimbaud / Verlaine" by Vincent Voillat. 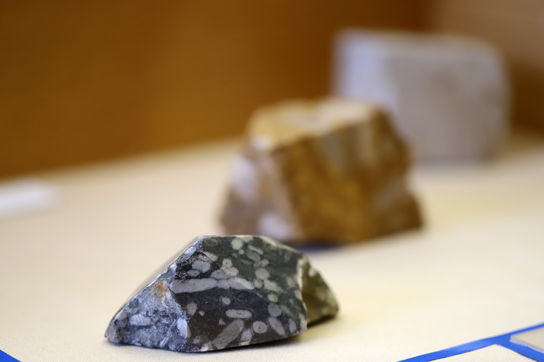 From the series "The revolted": "Lisbonne, Nanning, The protesters" by Vincent Voillat. 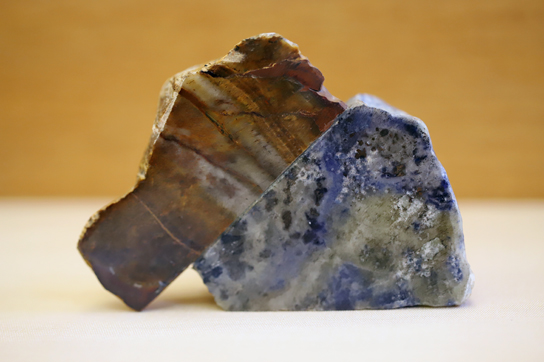 From the series "The Collection": "Family reconciliation" by Vincent Voillat. 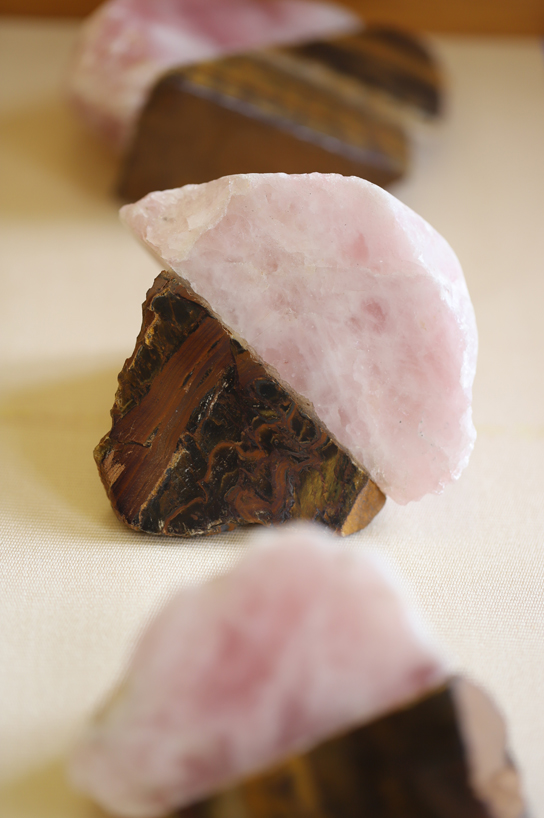 From the series "The Collection": "Healing" by Vincent Voillat.