Emerald, pink topaz and amethyst from the French Crown Jewels 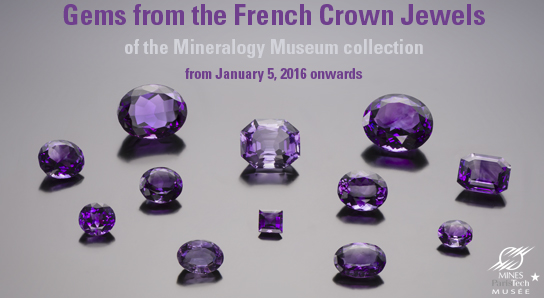 From January 5, 2016 onwards, the MINES ParisTech Mineralogy Museum at the Paris School of Mines will offer three new display cases dedicated to its own collection of the French Crown Jewels. This permanent exhibit, partially sponsored by the Maison Riondet, will showcase collections of pink topaz and amethyst from the ornaments of the Empress Marie-Louise, as well as emerald gemstones from the Imperial Crown of Napoléon III. These gems were given to the Imperial School of Mines in 1887, when the French Crown Jewels were sold off by the French government. They were mined at the very beginning of the 19th century (or earlier) from the most prestigious gem deposits.

“These poorly known gems from the French Crown Jewels had to be revealed to the public and highlighted in an exhibit worthy of their rank. It is now the case thanks to this permanent exhibit within our historical mineralogy museum”, - Didier Nectoux, curator of the MINES ParisTech Mineralogy Museum.

A history that begins almost 500 years ago.

The collection of the French Crown Jewels began in 1530 under King François the First. The collection has had a tumultuous history of intermingled spurts of growth in fruitful times and drastic reductions in more difficult ones. Gems, typically from distant lands; were set in extraordinary pieces of jewelry, and passed from one King (or Emperor) and their beloved to the next. The collection grew to encompass many ornaments, crowns, and sacred swords. Over the years it has served not only as a monetary fund but also as a testament to the wealth of the French royalty and the lapidary skills of many a craftsman.

Under the third Republic, almost a century after the French revolution of 1789, the state of France decided to sell its national treasure in order to rid itself of all symbols of the monarchy. The jewels were sold and dipersed in 1887 during a large auction. Thankfully the experts in charge of the inventory of the jewels suggested keeping some pieces that were important from a historic or mineralogical point of view. Three large French Institutions received donations: the Louvre Museum, the National Museum of Natural History and the School of Mines. The gems given to the School of Mines (now called MINES ParisTech) came from prestigious deposits: emerald from Muzo in Columbia, amethyst from the Ural Mounts in Siberia and pink topaz gems, also called “Brazilian Rubies” from Minas Gerais in Brazil.

In total, over a hundred and fifty gems from the French Crown Jewels will be on permanent exhibit at the Mineralogy Museum of MINES ParisTech. The new display was partially sponsored by the jeweler Maison Riondet, international specialist of antique jewelry. “In addition to our French heritage, it is also the history of gems and jewelry that this new display shows off, which got me into this exciting project with the Mineralogy Museum”, said Geoffray Riondet, Director of the Maison Riondet.

Gems presented in this new exhibit are placed into context thanks to documents retracing their history. Here is a summary of it.

These suites of emerald gems of two different sizes were used in the Coronation Crown of Napoléon III, made by Lemonnier in 1855. Forty-two of these emerald gemstones are presented in the exhibition. They come from the famous emerald mines of Muzo in Columbia. 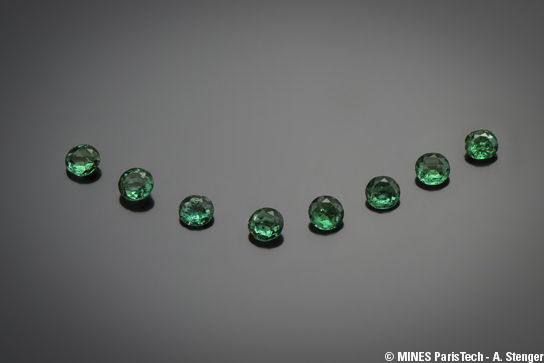 Serie of emeralds with sizes corresponding to about one carat each, used in the Crown of Napoléon III (Mineralogy Museum MINES ParisTech collection).

This string of emerald beads entered the French Crown Jewel collection between the inventory of 1791 and the one of 1811. These gems most likely come from seizures during the French Revolution. This necklace is rather extraordinary given that emerald beads were rarely crafted during this period. As for the suites of emerald gemstones, these emeralds were also mined in Muzo, Columbia. 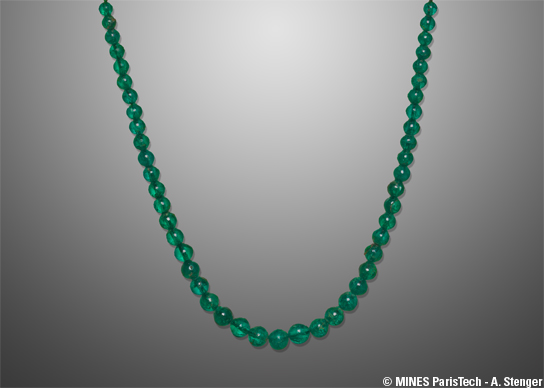 These rare purple gems come from an ornament made with 235 amethysts crafted by François-Regnault Nitot for the Empress Marie Louise in 1811. Louis XVIII had the ornaments undone to reuse some of the gems, the rest were kept in the collection of the French Crown Jewels. In 1887, the majority of the unmounted amethysts were given to the School of Mines while 12 were donated to the National Museum of Natural History. These amethyst gemstones likely came from the Ural region of Russia . 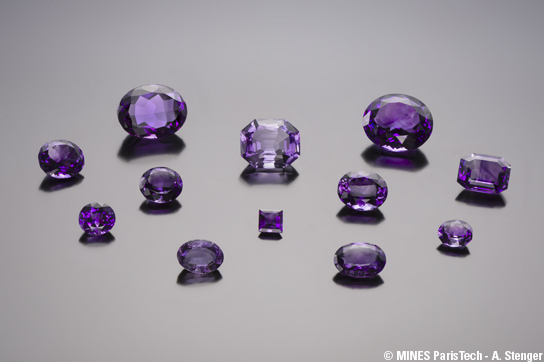 A small selection of amethyst from the former amethyst ornament of the Empress Marie-Louise. In total, the collection of the Mineralogy Museum MINES ParisTech counts 144 amethysts from the ornament that was dismantled under Louis XVIII.

An impressive series of pink topaz was acquired by Napoleon I to create an ornament of "Brazilian Rubies" for the Empress Marie-Louise. Unmounted stones were inventoried in 1811 and mostly given to the Mineralogy Museum of the School of Mines (now MINES ParisTech) in 1887. Now, some of these gems are presented to the public in the Mineralogy Museum and also at the National Museum of Natural History for its "Treasures of the Earth" exhibition. The topaz comes from Ouro Preto in the Minas Gerais region in Brazil. 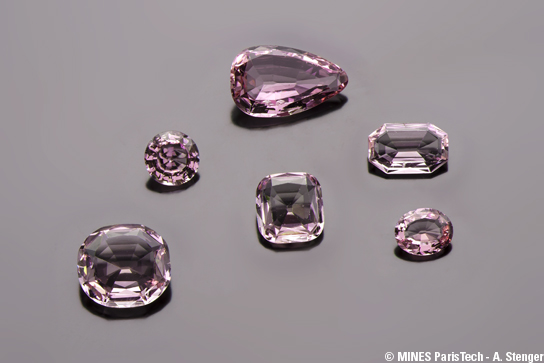 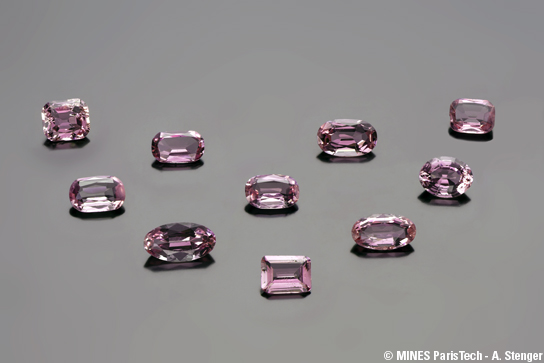 Some pink topaz called " Brazilian Rubies," among the many purchased for the Crown of France by Napoleon I. Many of those pink topaz were used to create the Brazilian Rubies adornment of the Empress Marie-Louise. The unmounted topaz remain in the collection of French Crown Jewels, until their donation in 1887 to the School of Mines and to the National Museum of Natural History. 48 topaz gems now belong to the collection of the Museum of Mineralogy MINES ParisTech. 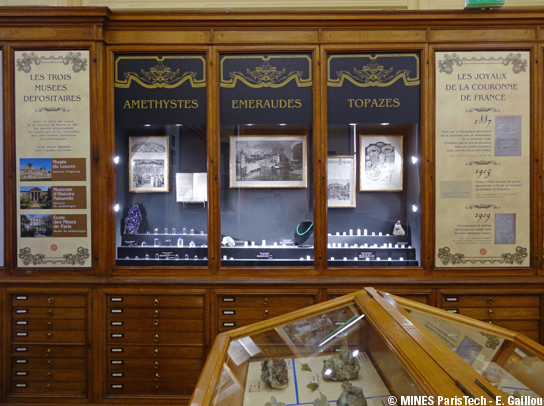